Kiran Krishnan  “ Your Friendly Bacteria are your Greatest Health Ally”

Kiran is a self- confessed geek who has been researching the gut microbiome for the last 12 years, working at product development and clinical research. He has worked in the microbiology/ food safety area for 20 years. He wants to understand the role bugs play in wellness. He has 11 human clinical trials on his probiotic formulation going on currently. The  vast majority of probiotics on sale are based on assumptions that a collective effect is of benefit, when only the individual probiotics have been studied, whilst the combination of several of these in a pill have not been studied. As Kiran says, we don’t know if they compete with each other or are antagonistic to each other. I think his approach is much needed.
Humans are fascinatingly complex large animals. Our bodies can adapt to abuse and just keep on coping and adapting and coping some more. Our brains are particularly amazing.
How is it that humans are so spectacular? In 2007 the human microbiome project was begun with a $150 million contribution of funding by the U.S. government. It’s been found that we use 3.5 million bacterial genes for adaptions including increasing the capacity of our brain. We have incorporated bacterial DNA in a way that prevents disease in a few different ways:  1) by coding for hormones and proteins ( eg serotonin is produced by gut bacteria) 2) by using Micro RNA which can turn off and on genes 3) by bacterial metabolites  our bodies need. Eg cellulase: we eat plants made of cellulose. We can not make the cellulase enzyme to digest them but our colonies of bacteria can. We are omnivores who can eat a whole range of things but often we can only get benefit from them because bacteria in us process and break down the food. We are picking up DNA from new bacteria all the time. Japanese people have developed a capability to digest seaweed thanks to their ingestion of related bacteria with sushi.
Modern life is attacking our microbiome. Think WiFi, antibiotics, food additives (preservatives colours and flavours)  body care and cleaning products  ( shampoos,cosmetics, cleansers and perfumes with rare exceptions are all toxic) and of course the farm chemical residues and GMos in all processed  “foods ”. Birth by C-section means baby does not get inoculated with good bacteria from the parents through the natural birth canal and this is devastating to the child’s future health.  Immunization and formular feeding only further the damage.
Now we are realizing how many diseases are related to a damaged microbiome. Alzheimer’s , Parkinsons diabetes, obesity and mood disorders are the result of a messed up or “dysbiotic” microbiome which can begin a disease process way before the signs of disease show up. For eg every Parkinson’s sufferer had constipation for many years before the neurological symptoms began.

Fecal transplants FT  ( implanting the fecal matter from a healthy person into someone with a chronic illness) have revealed a lot of new information: A very thin lady who ran marathons regularly suffered from colitis. Doctors wanted to perform surgery on her bowel. Someone suggested a FT, which she went ahead with. Her colitis cleared up within a few days but a month later she had gained a lot of weight. On the same diet and the same exercise routines the lady became chubby for the first time in her life. It turned out the donor of the FT was overweight. In another case, a rat received a FT from a patient with Alzheimer’s and autism who walked in circles all day. The rat began to walk in circles all day too. Another patient had a strange gait all his life. A FT cured the palsy and corrected his gait.  Another example involves an autistic child who had no speech. Two weeks after a FT he began speaking normally.
Kiran attends about 45 conferences a year on the microbiome and absorbs and reports on the latest scientific findings. Increasing the diversity of our microbiome is deemed to be most important. This word diversity is popping up everywhere.  Examples from my world:  we are finding that a mix of 17 species of cover crop plants makes a way healthier soil than just 3;  the more diversity in a garden the more resilient it is, the more diverse ingredients in a compost heap the better the compost grows plants.  So the advice is to eat a varied diet. They say that our ancestors ate 400 to 600 types of food throughout the year, while we tend to subsist on about 30 foods, available year round. My personal hunch is that a small range of food types is OK when grown in a very healthy environment , (ie a soil alive with large numbers and great diversity of microbes)  These foods of provenance will be covered in really good bacteria and perhaps  give you the huge diversity of bacteria you require to ingest for health on a daily basis. Why do I think this? Well, Weston A Price on his travels to isolated native people in the early 1900s described incredibly healthy folk in Swiss glacial villages eating only rye bread and cheese and butter for most of the year, but the butter was extremely high in vitamin A. These people had no fruit and vegetables in their diet at all as they lived above the snow line and the summer was very short. They had only a little beef and milk to break the monotony of their cheese and ryebread staples.  He also visited Islands north of Scotland where all that would grow was oats, and the people were again in superb health, on nothing but oats and fish.
Within the M’Biome there seems to be KEYSTONE  species.  A study done on the antibiotic Amoxyllin  showed that an hour after a dose of Amoxyllin, 99% of gut bacteria in humans are decimated.  But after 12 hours the bacteria begin to bounce back.  Of course, the question is what types of bacteria and in what ratios? Usually nasty opportunistic bacteria breed up into large populations in the absence of competition and this is how health problems arise. The researcher very interestingly found that each of many bacteria he incubated individually with the antibiotic survived, but a collection of these different bacteria all died on exposure to the AB. Kiran hypothesizes that there are “key stone” species that are like pillars that hold up and protect the entire microbiome….perhaps they produce metabolites that most of the M’biome use?  So it seems that the M’biome functions as an elaborate ecology, and if you kill some significant species the whole lot collapses. Like if earth worms died out due to climate change, or honey bees became extinct due to pesticides, where would this leave us? Struggling with no wetting soil, raging CC and a very limited diet. 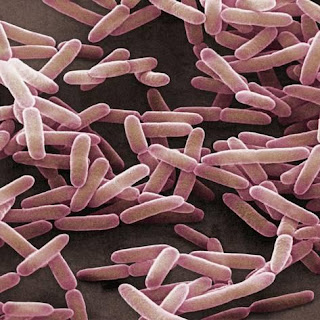 
A whopping  $5 million Euros worth of studies were conducted to  discover the bacteria that produce disease- fighting, bioavailable, very potent antioxidants.

What’s good about antioxidants?  In the gut , having high levels of Anti-Oxidants there will help us deal with ageing, inflammatory bowel disorders, bowel and other cancers, mental illness, all of which result from oxidative stress. The "apple" or natural  version of these carotenoids is created by Bacillus Indicus. It is  10 X more powerful in terms of its antioxidant capability than the antioxidants available in shops. The apple version as opposed to synthetic versions of carotenoids  is fat soluble and water soluble, which improves absorption by the body. We were told to eat our veges for vitamin A, but in fact  humans are not good at extracting carotenoids from foods….we can eat a ton of carrots but get very little carotenoids from them. However if we have the B Indicus at work within us, we have an antioxidant factory creating potent and bioavailable antioxidants  every day. This is natures hard core antioxidant. It was discovered after looking at pink animals: pink Salmon, flamingos, krill and prawns obtain their eye-catching coloration either by eating  shrimp (which feed on astaxanthin-rich algae, or eating the algae directly.  However they  all turned out to have the Bacillus Indicus  in their gut as well, which produce  so much carotenoids that they are expressed on their skin as bands of orangey pink colour. 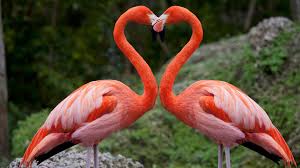 A bit more about  the amazing Astaxanthin: Scientists say that astaxanthin benefits include anti-diabetic, anti-obesity, anti-inflammatory, anti-aging and immune system-enhancing properties, and natural healers may advise it to improve vision, ease joint pain, enhance heart health and even minimize facial wrinkles! The outstanding antioxidant capacity of astaxanthin has been estimated by scientists to be 6,000 times more powerful than vitamin C, 800 times more powerful than the enzyme CoQ10, and 150 times more powerful than anthocyanins (the beneficial bluish-purple pigments found in blueberries). It enhances gap-junction channels and improves the vital ability of healthy cells to communicate with each other -an essential function in inhibiting cancer development.

Apoptosis is the programmed destruction of damaged or dysfunctional cells. However,  cancer can elude this beneficial process – meaning that its cells can survive and multiply unaffected by apoptosis.Reinstating the mechanism for apoptosis is what we are after, and  studies have shown that astaxanthin promotes apoptosis in both oral and liver cancer cells. 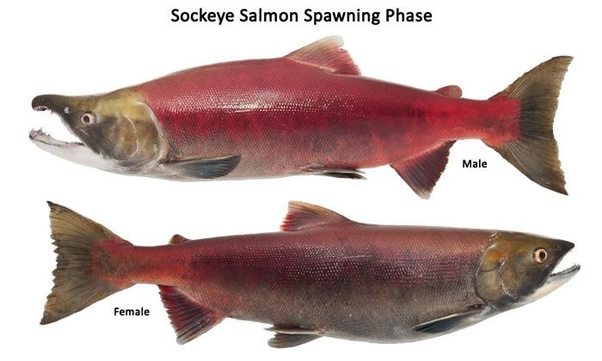 As Jeffery Smith points out, the number 1 reported improvement or reversal of disease when switching to an organic diet is that digestive health improves. Specific negative impacts of GMOS and Round Up seems to be gut dysbiosis. With the help of star bacilli  the dysbiosis may be able to be reversed.

Mitochondrial health and the ageing process
Aging is driven by Oxidative Stress. Pathologists looked at cells of a 90 years old and of a 5 year old  and asked “what is the difference between these individuals?” In the 90 year old, 95% of their mitochondria were dysfunctional. When energy (ATP)  is produced from glucose and fatty acids in the mitochondria within each of our cells, a  byproduct is  the formation of  “super oxides” . These are like heat to your car engine. They have to be quenched by antioxidants , which are like the oil in your engine. If the oil is not there, the engine will be destroyed by heat. If anti oxidants are not in the cell, the mitochondrial “engine” may be damaged. Glutathione, peroxidase, and other antioxidants produced by B indicus reduce the damage to the mitochondria. Who knew products of the microbiome help the mitochondria in all our cells?  If we are killing the engines of our cells, lethargy may lead on to  dementia and vascular diseases such  heart disease.
A study in Italy showed that Round Up ready soy beans  fed to mice accelerated  the aging process .
Amongst the 11 clinical trials  being carried out on Kiran’s probiotic product “ Just Thrive” there are studies on acne, gum disease, rheumatoid arthritis , diabetes, and more. The break down in the mucosal lining starts the damage to so many systems in the body, as you can see by this seemingly unrelated list. Thrive probiotic contains the 4 endospores of Bacillus we have looked at above.
I was very impressed with Kiran , he is a real bacteria nerd. If I was going to buy a probiotic off anyone, it would be him. He is showing with study after study that by using these keystone species we can recover from exposure to Round Up. He gives the credit to Nature and says “we are just smart enough to have respect for nature”. Such a different attitude to the Biotech scientists who operate under false assumptions and in ignorance whilst thinking all the while they are clever.  Im guessing you are a bit of a nerd to have made it through this article. Kiran will be publishing studies on the effects of Round Up on the microbiome very soon, and I will be ringside when he announces results. I will pass the findings on to you. Thanks Jeffery Smith, thank you Kiran Krishnan. Please email me for how to order "Just  Thrive" at a special discount. We can share the freight.